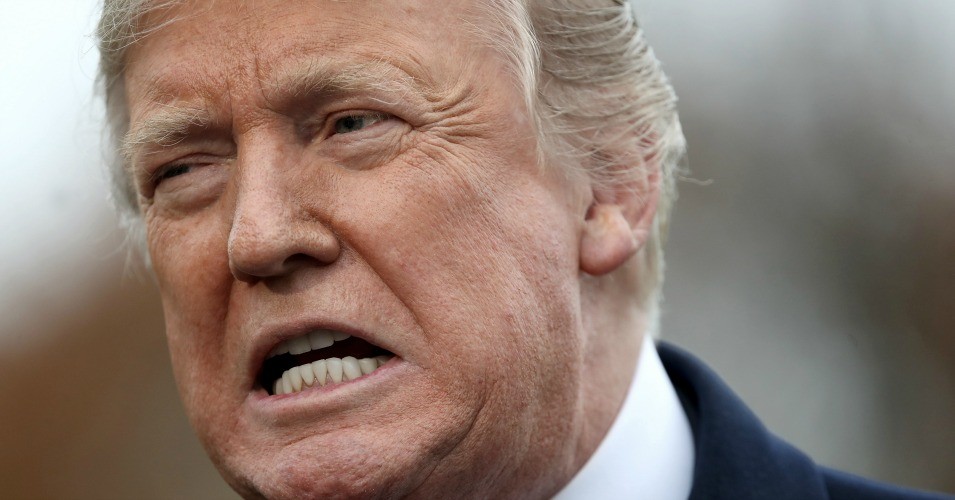 His administration just released a major report. It shows the massive impacts of the climate crisis. His response? “I don’t believe it.”

President Donald Trump was criticized on Monday because he did not believe his own scientists’ climate assessment.

“Seriously, the denial and confusion spread by Trump on climate change is a crime against humanity. Billions of people will suffer great pain for years to come.  Much, much, much worse than possibly stealing an election.” —Eric Holthaus

Trump was speaking to reporters outside the White House. He said he had seen the report. He said he had read some of it, and “it’s fine.” When asked about the report’s conclusion, Trump said, “I don’t believe it.”

“We cannot have a leader who ignores climate change while people suffer the results,” said Michael Brune, executive director of the Sierra Club.

“The climate assessment makes it clear that we need to act now. The terrible effects of climate change will badly affect the United States, and the world for those alive today, and for generations to come.”

Sen. Bernie Sanders (I-Vt.) said on Twitter the president is “an international embarrassment and very dangerous”: 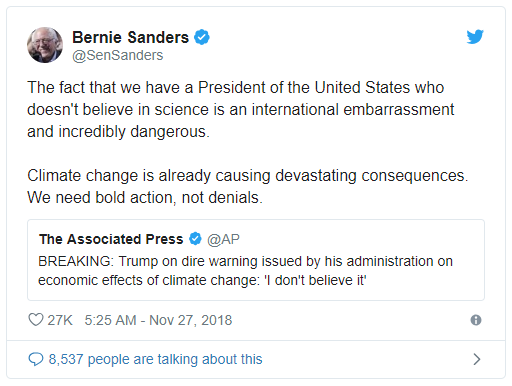