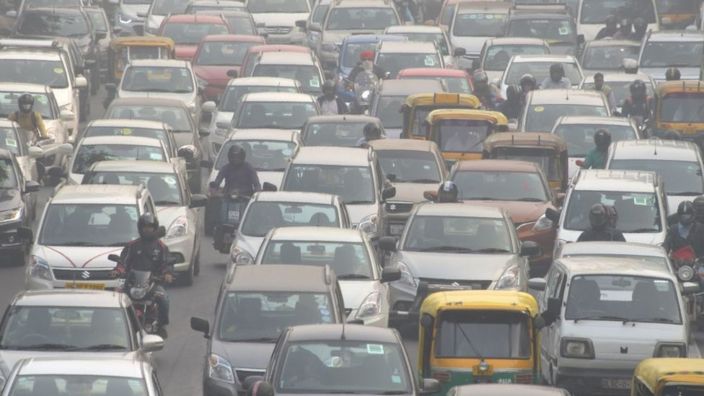 Driving in the busy Indian city of Mumbai can get pretty chaotic – and that creates a lot of noise.

A report by a newspaper in the country found there were 510 cars for every kilometre of road!

Impatient drivers can often be found honking their horns in an effort to get the traffic moving, but police in India have decided to adopt a clever new approach to tackle the annoying problem once and for all.

Drivers will have to wait longer for traffic lights to go green if they don’t stop hitting their horns!

Trialled in November and December last year, the system involved devices being connected to traffic signal poles around the city. If decibel levels reached 85 or more, the signal timer reset itself and traffic lights stayed on red for longer.

Motorists were then met with the sign: “Honk more, wait more.”

The Indian police now have the huge task of working out how they will roll out the system right across the city which is home to around 20 million people.

Although some drivers have been left a little confused by the changes to traffic lights, others have found it quite funny and a number of other cities are looking to adopt the system too.

Place the paragraphs in the correct order.