Breaching the Paris accord’s designated limit temporarily doesn’t mean all hope is lost for the long-term target, experts explain, “but it does ring an alarm bell.”

As NASA on Wednesday confirmed that the past five years have been the hottest on record, the United Kingdom’s national weather service warned that the next five years could see global average surface temperature temporarily surpass the end-of-the-century target of the Paris climate agreement.

The Met Office forecasts that the average for 2019 to 2023 will likely be between 1.03°C and 1.57°C above pre-industrial levels, fluctuating each year depending on variations in human activities that produce greenhouse gas emissions as well as natural phenomena such as La Ninã and El Niño.

The global average reached 1.0°C for the first time in 2015, “and the following three years have all remained close to this level,” Adam Scaife, head of long-range prediction at the Met Office, noted in a statement. If that trend continues as expected, the decade from 2014 could be “warmest in more than 150 years of records.”

While the U.K. researchers predict there is currently a 10 percent chance that the global average will soar beyond 1.5°C—the Paris accord’s lower limit—in the next five years, Met Office research fellow Doug Smith pointed out that “a run of temperatures of 1.0°C or above would increase the risk of a temporary excursion above the threshold.”

@metoffice Our 5 year global average surface temperature forecast predicts that 2019 to 2023 will be near or above 1.0°C above pre-industrial levels. If observations track the forecast, it would make 2014-2023 the warmest run of years since records began. https://t.co/hoCKR7NdZd

“Although it would be an outlier,” the Guardian reported that scientists see the potential excursion as “worrying, particularly for regions that are usually hard hit by extreme weather related to El Niño,” including western Australia, South America, south and west Africa, and the Indian monsoon belt.

Because the targets of the Paris agreement are based on 30-year averages, experts emphasized that the potential rise beyond 1.5°C does not mean all hope is lost for the global climate accord, which is backed by every nation on Earth except the United States under President Donald Trump.

“Exceeding 1.5°C of warming in one specific year would not mean that we have missed the 1.5°C target, but it does ring an alarm bell telling us that we are getting very close,” Joeri Rogelj of the Grantham Institute at Imperial College London told Carbon Brief.

“Breaching that level of global warming does indeed mean that we failed to limit warming to that ‘safe’ level, but does not mean that climate change should suddenly go unchecked,” he added. “The world doesn’t end at 1.5°C, but, at the same time, science also shows us that severe impacts are already to be expected at 1.5°C of warming.”

Rogelj was a lead author of the U.N. Intergovernmental Panel on Climate Change’s (IPCC) recent report on what the world could look like at 1.5°C above pre-industrial levels. Warning that human activity is causing global temperatures to rise at an alarming rate, the authors called for “rapid, far-reaching, and unprecedented” systemic changes worldwide to slash planet-heating emissions.

'This Is What Hope Feels Like': Green New Deal Resolution Hailed as 'Watershed Moment' for New Era of Climate Action

"When we look back on today, this will be the moment we will be able to say that the political tide has turned on the rising seas." 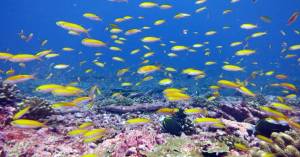 Reading (C1/C2)
‘Scary’: Warming of Oceans Is Equivalent to 1.5 Atomic Bombs Every Second Over Past 150 Years
MORE 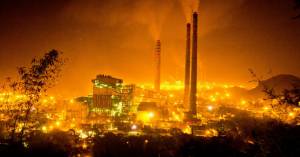 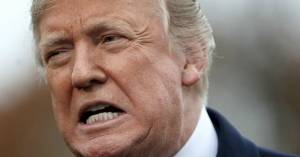 Word of the Day

David Attenborough on the Garden of Intention
Video (B1/B2)

Women Go On BirthStrike Because Of Climate Change
Video (B1/B2)

Double click on any word on the page or type a word:

Powered by dictionarist.com
Discuss Earth uses cookies to ensure you get the best experience on our website.AgreePrivacy policy