‘The world is consuming more animal protein than it needs and this is having a devastating effect on wildlife,’ says WWF .

Meat consumption is devastating some of the world’s most valuable and vulnerable regions, due to the vast amount of land needed to produce animal feed, a report has warned.

The growing popularity of a Western diet, which contains high levels of meat and dairy, means an area 1.5 times the size of the European Union would be saved if global consumption of animal products was reduced to meet nutritional requirements, according to the WWF.

The new report, Appetite for Destruction, launched at the Extinction and Livestock Conference, says the consumption of animal products is leading to a vast and increasing amount of land being used for crops.

This is threatening areas including the Amazon, Congo Basin and the Himalayas, where water and land resources are already under significant pressure, the report warned.

Excessive animal product consumption is responsible for 60 per cent of all biodiversity loss, according to WWF, with the UK food industry alone directly linked to the extinction of an estimated 33 species.

“The world is consuming more animal protein than it needs and this is having a devastating effect on wildlife,” Duncan Williamson, WWF food policy manager said in a statement. 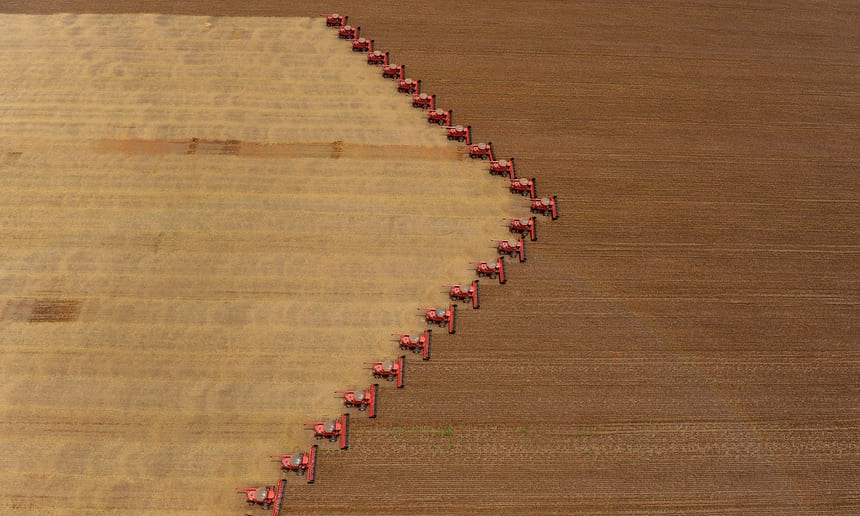 “A staggering 60 per cent of global biodiversity loss is down to the food we eat. We know a lot of people are aware that a meat-based diet has an impact on water and land, as well as causing greenhouse gas emissions, but few know the biggest issue of all comes from the crop-based feed the animals eat.”

Soy is produced in such large quantities that in 2010, the British livestock industry needed an area the size of Yorkshire to produce soy used for animal feed, the report said. To keep up with rising meat consumption, soy production is expected to rise 80 per cent by 2050.

Dietary guidelines recommend 45 to 55g of protein per day, yet the average person in the UK consumes between 64 and 88g, of which 37 per cent is meat-based.

If everyone on the planet reduced their animal product consumption to meet nutritional requirements, the total agricultural land required would decline by 13 per cent, resulting in nearly 650 million hectares being saved from agricultural production.