.
Home » Articles » This Is a Crossroads Election: Be Careful Which Direction You Choose 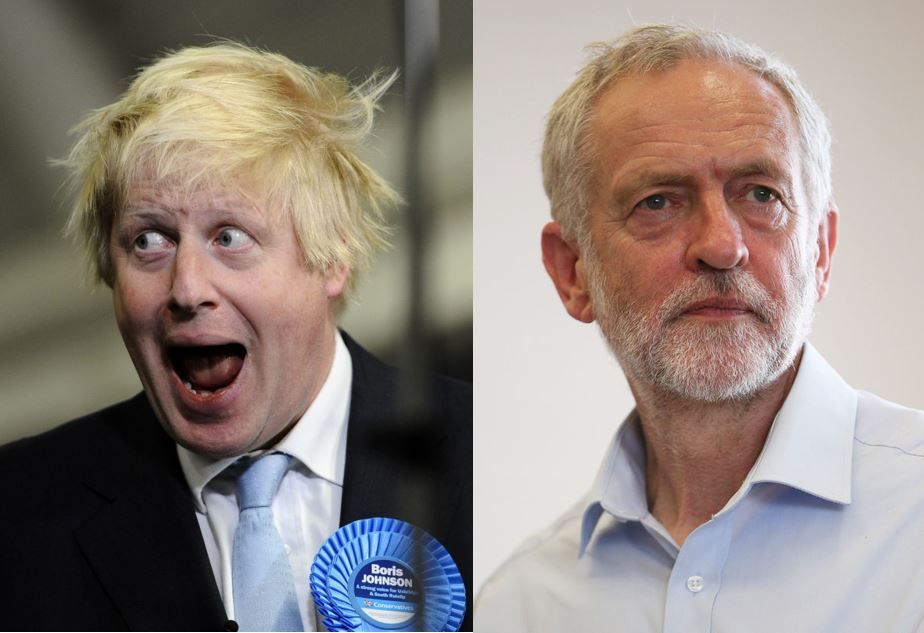 This Is a Crossroads Election: Be Careful Which Direction You Choose

The upcoming election is without doubt the most important ever contested in British politics. And, make no mistake, it will have global ramifications that will cascade down through generations.

We are facing unprecedented climate and ecological breakdown. It’s unprecedented because a single species has never before caused a mass extinction event. Scientists are warning us that we face societal collapse sometime within the next 20 years if we don’t make systemic changes to the way we live our lives. The Pentagon has stated that the American military might collapse by 2040 because of the effects of our rapidly warming climate.

With this disaster movie playing out in real time as a backdrop to this election, now is not the time to choose leaders based on their personality. Take a look at America if you need any evidence. No, now is the time to take a deep breath, hold your nose if necessary, and vote for a clean green future for your kids and future generations. Vote for hundreds of thousands of new well-paid jobs in a green energy revolution.

I did say now is not the time to vote for personalities, but let’s just take a look at the personalities of the two main contenders in this election. 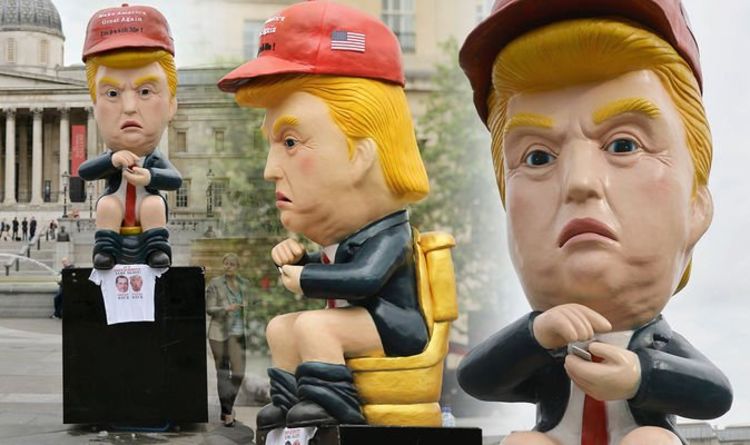 Educated the expensive way, he certainly isn’t a charmless man. He learned the tricks of his trade in the down and dirty halls of Eton, which costs more per year than most British people earn. Now, it is certainly not his fault to have been born into wealth, but it does somewhat discredit his posturing as a man of the masses.

This is also a man that likes to portray his political rival as a stooge for the Kremlin. Yet, he and his party are actually the ones with close financial ties to Russian oligarchs and the Kremlin. While Boris was Mayor of London, laundered money from Russia flowed into the capital. This was only opposed after the poisoning of Sergei Skripal in Salisbury, but journalists and academics had been warning of the danger this dirty money could have on our democracy for years. The Russian billionaire Alexander Temerko is one of the biggest donors to the Conservative party and is a good friend of Johnson. He was part of an unsuccessful attempt by Conservative MPs to remove Theresa May from office in December 2018. They were angry that May hadn’t taken the country out of Europe after three years. In total, the Tories have accepted more than £3.5m from Russian funders since 2010. It gets more odious for Johnson as he has been flown into a luxury Italian villa in the private jet of Russian oligarch Evgeny Lebedev four times. He was there to attend lavish events known as ‘bunga-bunga’ parties organized by the son of a KGB officer. Can anyone seriously imagine Corbyn flying around in Russian oligarchs’ private jets? It’s not left-leaning political parties that are fraternizing with Moscow, it is the Tories and Republicans across the pond. 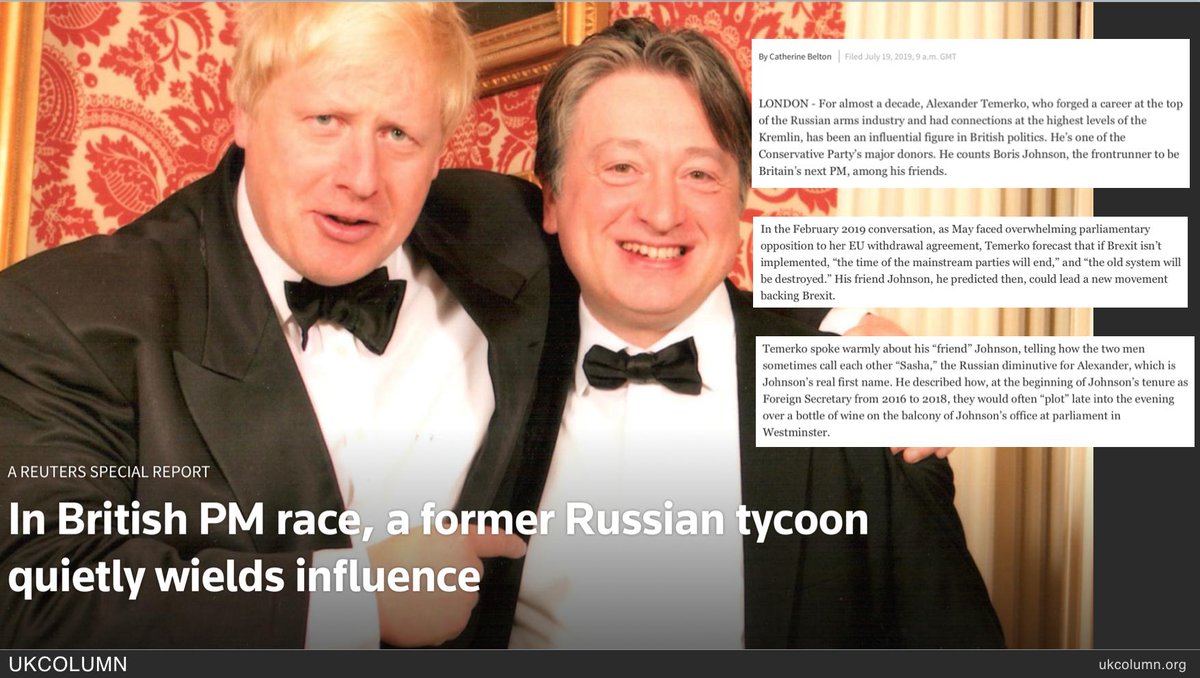 A CNN report claims that Russia has developed deep ties to the UK political scene and is “potentially the most significant threat to the UK’s institutions and its way of life”. Why else would the Prime Minister refuse to publish The Intelligence and Security Committee’s (ICS) report on Russian interference in British elections and funding of the Tories? We need to ask how Russians will benefit from getting Britain out of the EU, how they will benefit from these “donations”, and why Johnson would be working with Russians to depose his political rival. It’s all quite Trumpian.

Another way the Tory party like to portray Mr Corbyn is anti-Semitic, so let’s look at this claim. Firstly, there have been clear cases of anti-Semitism in the Labour party that should not be ignored. Some of these have been outright, such as suggesting that Jews control government. These are clear cases of conspiracy theories and should not be tolerated. There are many others though that don’t mention Jewishness at all and focus on the Israeli state’s treatment of Palestinians. We need to understand the difference between criticizing the state of Israel and being anti-Semitic. Someone is not anti-Christian if they criticize American foreign policy. So, yes, there appears to be some anti-Semitism in the Labour party and Jeremy Corbyn has been slow to deal with it. But, to claim that Jeremy Corbyn is anti-Semitic is a stretch. He has a long record of opposing anti-Semitism, and in fact all types of racism. When a rabbi was left bloody and dazed after a racist attack in the capital on 29th November, in which the attackers shouted “kill the Jews”, Corbyn was the only leader of any political party to bother to pick up the phone and check on his well-being. Rabbi Herschel Gluck said this of Corbyn:

“We deeply appreciate his concern. He sounded extremely genuine. He was the only party leader who called. I do not think any of the attacks in Hackney have been caused by issues in the Labour Party or Jeremy Corbyn…These are antisemitic attacks, pure and simple, and I think they are part of a pattern that started long before Brexit and have increased exponentially since the current government came in.”

In contrast to Corbyn, let’s take a look at Johnson and his pernicious views of minorities. He has called gay men “tank-topped bumboys”, likened same-sex marriage to bestiality, called Africans piccaninnies, claimed 68% of Malaysian students at British universities were trying to find husbands, referred to women wearing the niqab as letterboxes, and claimed African states would gain from the return of white colonial rule. His comments on the niqab led to a subsequent surge in anti-Muslim attacks. Can anyone find any suchlike racial slurs that Mr Corbyn has used? It isn’t just Johnson who is accused of racism. According to their former co-chair, Baroness Warsi, the “poison of Islamophobia in the Conservative Party is “very widespread”, but is being “ignored” by Tory leaders. She went on to say that Islamophobia is present at all levels of her party and that some Tory campaigns had included anti-Muslim messages. Can anyone find a Labour campaign that actually includes anti-Semitic tropes?

Another method of slandering Corbyn in the billionaire-owned press and on social media is that he is a terrorist sympathizer. Pictures were spread on social media of Corbyn walking with Sinn Fein leader Gerry Adams watching as IRA guns were fired. This photo is real, but Jeremy Corbyn was not the man in the photo. The man in the photo was Jim Gibney. The other criticism stems from Jeremy Corbyn’s long-held stance on peace. In the 1980s he believed that refusing to negotiate with Sinn Fein was hurting the chances of finding peace in Northern Ireland. For this belief, he is tarnished by the right-wing media, even after Tony Blair helped to bring peace to the region in 1997 by doing exactly what Jeremy Corbyn had wanted to do more than a decade before, through negotiating. If people had listened to Corbyn then, we might have avoided a decade or more of troubles. 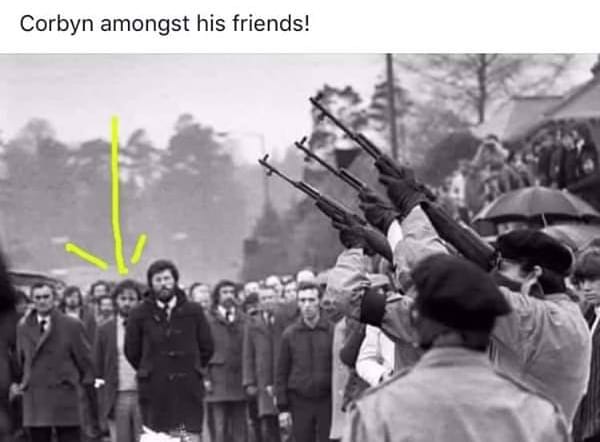 After considering all the ways in which the billionaire-owned media attack Corbyn, it is worth asking how these billionaires stand to profit from a Boris Johnson government. Could it be that they are frightened that at last there is a man with convictions, with decency and a longing to stop making the rich richer and the poor poorer, and they will do anything to stop that man entering No. 10?

This is a crossroads election all right, and the billionaires are winning, at the expense of working people and the future of our planet.