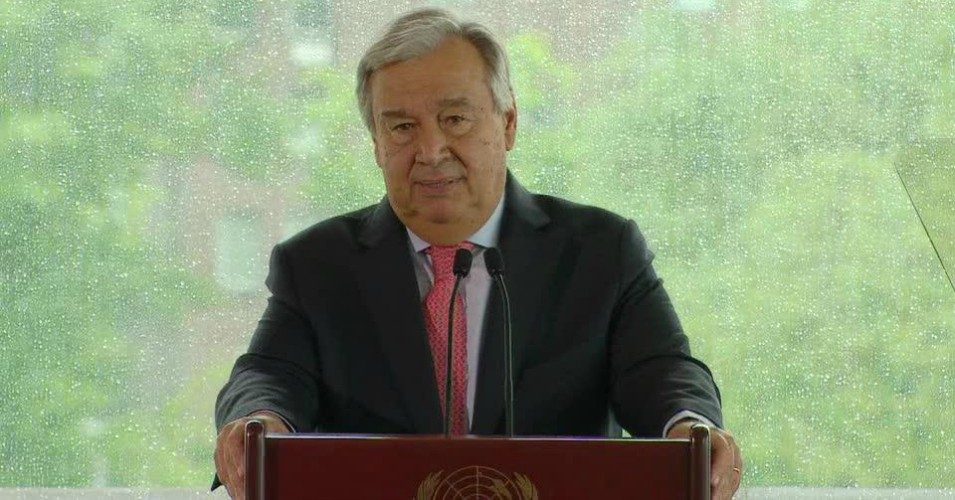 The United Nations Secretary-General Antonio Guterres says climate change is moving faster than we are.

He made the speech at the U.N.’s headquarters in New York. In the speech, he demanded that world leaders take immediate action to reduce CO2 levels. He called climate change the most important issue of our time.

Researchers from around the world continue to warn us about the impacts of climate change. They warn us that climate change will make extreme weather events more likely. The warming Arctic slowed down weather systems in North America, Europe and Asia this summer. This could cause extreme heat, more rain, wildfires, and sea level rise.

Scientists have warned us for many years. Most leaders have refused to listen. ‘Dear Friends, we know what we need to do. We know how to do it. But, we have not done enough‘, said Mr. Guterres. He also said the Paris climate agreement was the least we could do. He said countries were not doing enough.