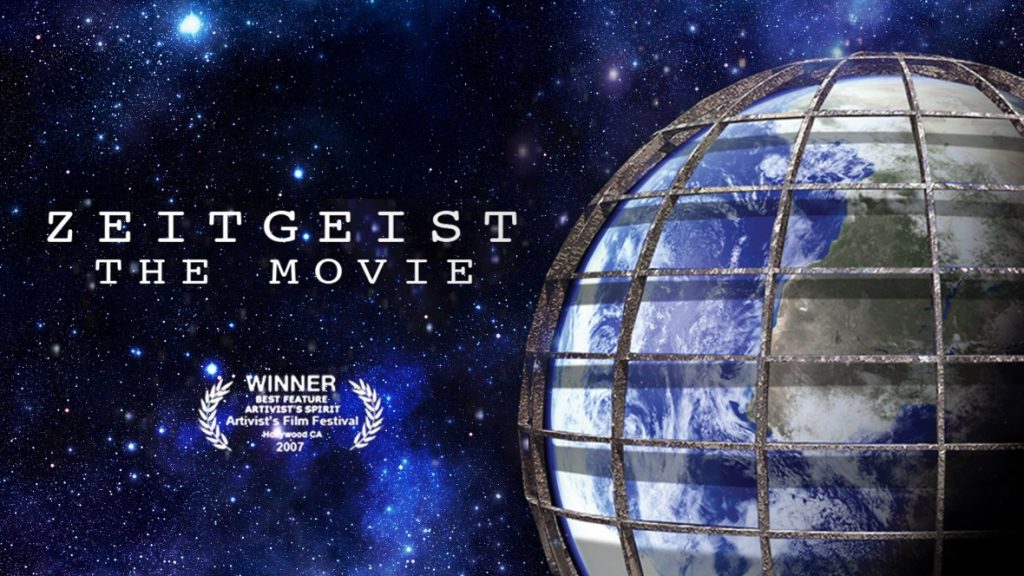 Zeitgeist: The Movie (2007) is a treatment on Mythology and Belief in society today, presenting uncommon perspectives of common cultural issues Chapter 1, “The Greatest Story Ever Told”, presents historical data relating to the astronomical/astrological origins of the Judeo-Christian theology (which can be extended to Islam as well), along with the understanding that these respective stories, beliefs & traditions are really an adaptation-extension of prior Pagan beliefs. Chapter 2, “All the World’s a Stage”, presents a controversial view of the events of Sept. 11th 2001. It describes how the event has been transformed into a sacred, near religious act and to challenge the orthodox view, regardless of the quality of the contrary arguments, is considered blasphemy and rejected. Chapter 3, “Don’t Mind the Men Behind The Curtain “, presents a shotgun tour through the subjects of Central Banking, War Pretexts, Banking Panics, the Military Industrial Complex, Media Culture and ultimately the mental neurosis and deadly addiction known as “Power.” The central theme is how society is often misled when it comes to certain pivotal historical events, what those events serve in function, along with how the overall social conditioning patterns we see today function to create values and perspectives which support and perpetuate the static, established order/power structure, as opposed to fluid social change and productive evolution for the betterment of the society as a whole.