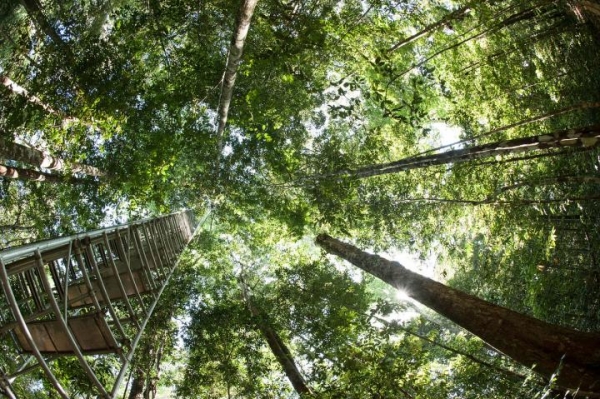 Plant scientists have made a new discovery.  When levels of carbon dioxide in the atmosphere rise, most plants thicken their leaves.

Human activity is raising carbon dioxide levels, so thick-leafed plants may be the future.

But this new discovery is more important than thicker leaves on plants. Two University of Washington scientists showed that plants with thicker leaves absorb less carbon. This may make the effects of climate change worse. Climate change models have not considered this yet. When this information is added, the amount of carbon absorbed was much less. They left about 6.39 million tons of carbon in the atmosphere per year. Those levels are similar to the 8.8 million tons of carbon released into the atmosphere each year by humans.

Read more at University of Washingtonhttps://www.enn.com/articles/55642-high-co2-levels-cause-plants-to-thicken-their-leaves-which-could-worsen-climate-change-effects-researchers-say