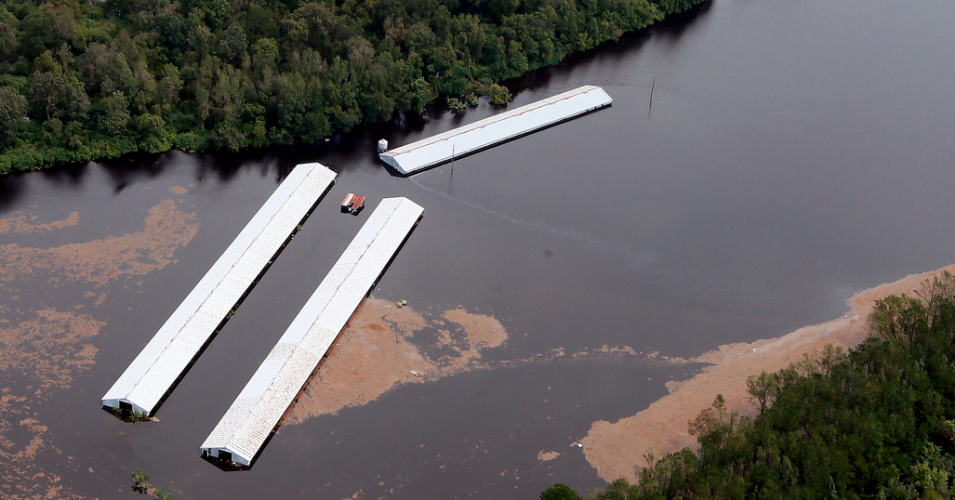 The farming industry will lose a lot of money because of the flooding. The hurricane has affected the top 6 farming counties in North Carolina.

Hurricane Florence hit the same areas as Hurricane Matthew. This made the problem worse for farmers.

Chicken farming is the number 1 farming industry in North Carolina. It makes $36.6 billion a year.

Sanderson Farms said that 1.7 million of its chickens died because of flooding. Sanderson is the third largest chicken producer in the country. Sixty of its 880 chicken houses flooded. Another six were damaged.

Sanderson said about 30 farms were cut off by flood waters. Each farm has around 211,000 chickens. These chickens will die if feed trucks do not reach them.

The state is also America’s second biggest producer of pigs. There are more than 2,100 farms. these farms produce about 9 million pigs each year.

The North Carolina Pork Council said that its farmers were careful to reduce the impacts. Thousands of animals were moved to safer areas.

Also 77 pig waste lagoons either broke or may break. The pigs in North Carolina produce almost 10 billion gallons (38 billion liters) of waste a year. Flooded CAFOs might release dangerous pollutants. These pollutants can harm human health and the environment.