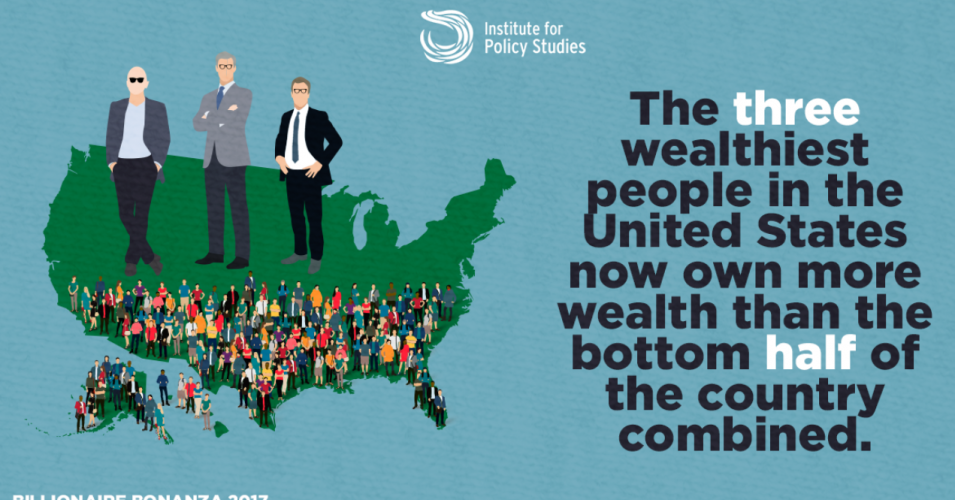 The three richest Americans now have more wealth than poorest 50% of Americans.

in the US, the 400 richest people now have more wealth than the poorest 64% of Americans. One in five families have no money in the bank or are in debt.

The Institute for Policy Studies says this is not natural. It is because of government policies. These policies are good for rich people but bad for poorer people.

The richest 400 people have more money than the United Kingdom (UK) makes each year, its GDP.  The UK’s GDP is currently $2.68 trillion. The UK is the world’s fifth biggest economy.