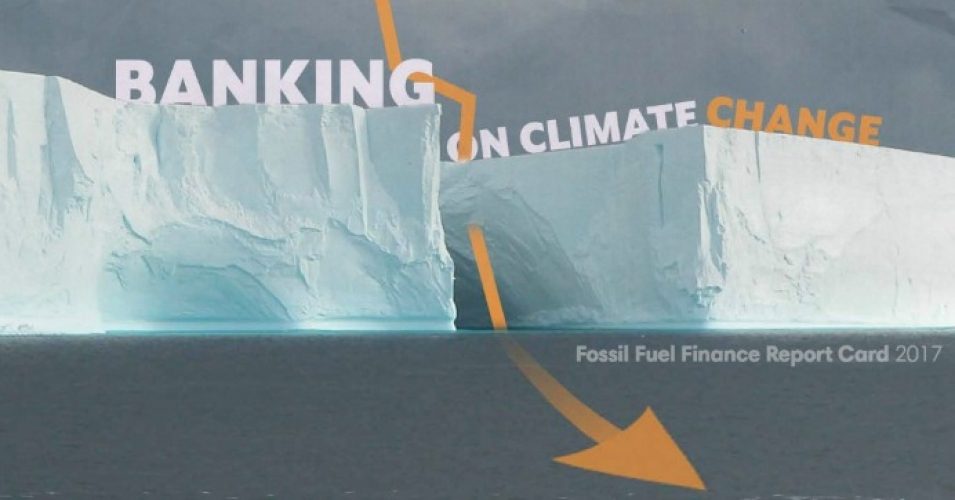 “Our planet just can’t take it”

The “Banking on Climate Change” report looks at 37 major banks lending and grades them from A-F. The report found $290 billion of direct and indirect funding for extreme fossil fuels for the last 3 years. This level of funding is a significant problem for countries trying to limit temperature increases to 1.5 degrees. The following 12 banks increased their financing to the top extreme fossil fuel companies from 2015-2016:

JP Morgan Chase is now the biggest Wallstreet funder of extreme fossil fuels. In 2016, they lent $6.9 billion to the dirtiest fossil fuel projects. 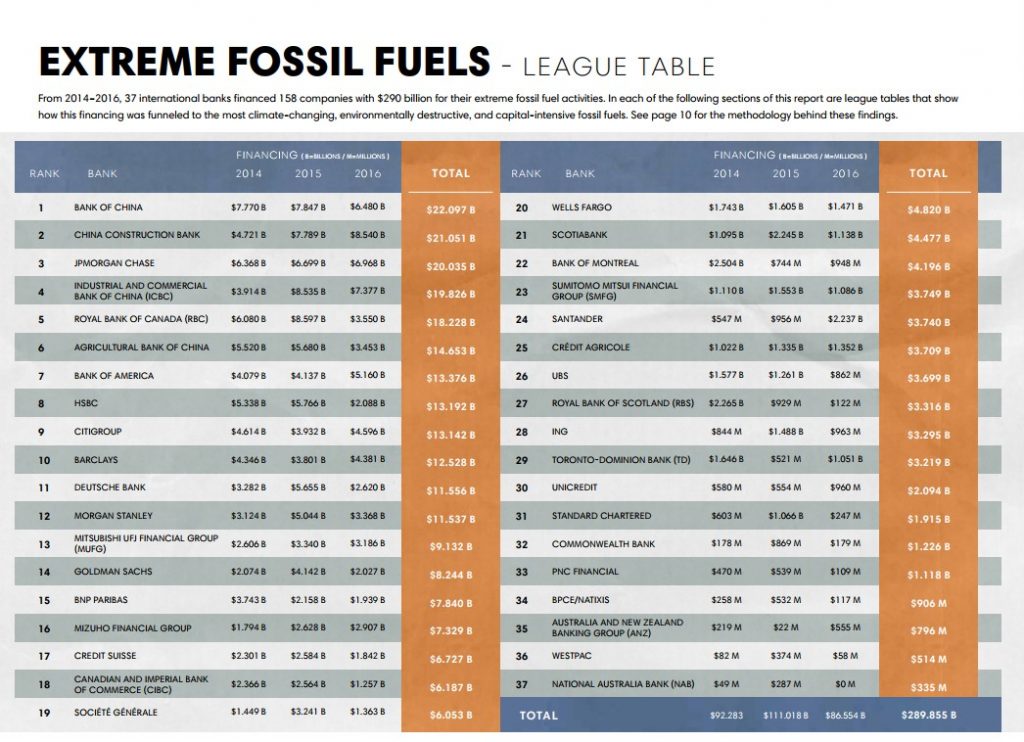 Banks lending money to fossil fuel companies risk their reputation as more and more people stand up to the fossil fuel industry. Jenny Morienau, 350.org’s US Campaign Director said “It’s up to us to resist these disastrous projects and build energy solutions we need.